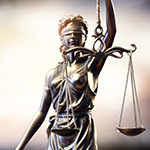 With the amendments, CML is in a neutral position. The bill received final approval from the Senate on Monday, May 2, and it will head to the Governor for his signature.
Find out more