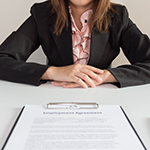 Legislation that purports to confer collective bargaining rights to all employees of municipalities and other public entities will be introduced in the 2022 Legislative Session.

At this time, the legislation is not introduced and though CML has seen drafts, we are not positive what will be contained in the bill. However, CML is opposed to the legislation as a matter of local control and home rule authority. CML’s opposition is not aimed at organized labor and collective bargaining, but rather the broad swipe at the local voters and their elected officials to determine how best to implement the practice or to not allow it at all. Historically, CML has opposed legislation that mandates collective bargaining, as well as legislation that prohibits it.

Update: The legislation was introduced and just applies to counties. CML will still oppose as the League opposes any state attempt to interfere in the decisions of local governments regarding employment.

SB22-230, Collective Bargaining for Counties, was amended heavily and ultimately passed in the waning hours of the session.